Coworking re-imagined | What will you discover? | The center of innovation

From New York State’s original seat of invention and industry, the next generation of entrepreneurs is putting the wheels in motion that will change the world.

The K Haus provides a collective home for these visionaries and serves to bridge the gap between entrepreneurial minds and the resources they need to succeed.

The K Haus’ mission is to create a community, design and art-focused space for free thinking, creative driven individuals.

We’re facilitating work in a progressive and network-driven environment, and giving founders and start-ups support and resources to help them achieve their goals.

The K Haus was renovated by The K Team and opened in December 2020. The redeveloped brownstone is located in the Allentown historic district of downtown Buffalo, NY.

It is home to the unique gallery, K Art, with its programming focusing on Contemporary Native American works.

The K Haus is founded by Dave Kimelberg, a venture capital and start-up attorney and advisor. Dave is the former General Counsel of SoftBank and was the founding CEO of Seneca Holdings, the economic development arm of the Seneca Nation, which he led from a start-up concept to a multi-national corporate and investment enterprise.

Dave was inspired to create the K Haus as a purpose-driven space for Buffalo’s emerging entrepreneurial community, and to support this community with the legal and investment resources they need to turn big dreams into reality.

Joining Dave, ‘The K Team’ is focused on creating and operating spaces that promote, help, develop and engage entrepreneurs, early-stage companies and other professionals. 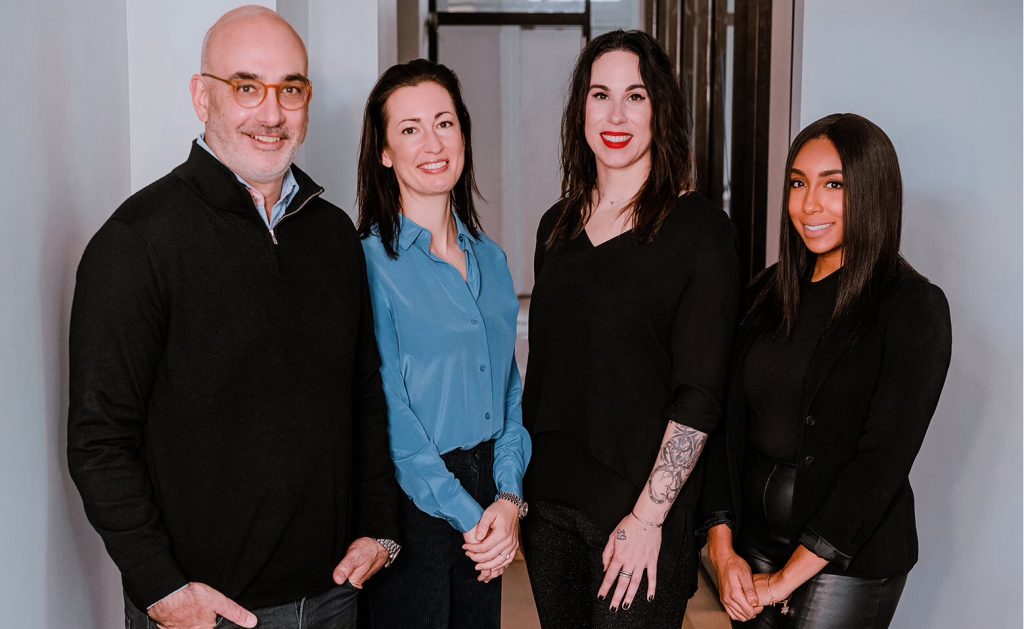 The K Haus Advisors include some of the top venture capital partners in the country, who have decades of experience as successful investors and leaders of cutting-edge companies. 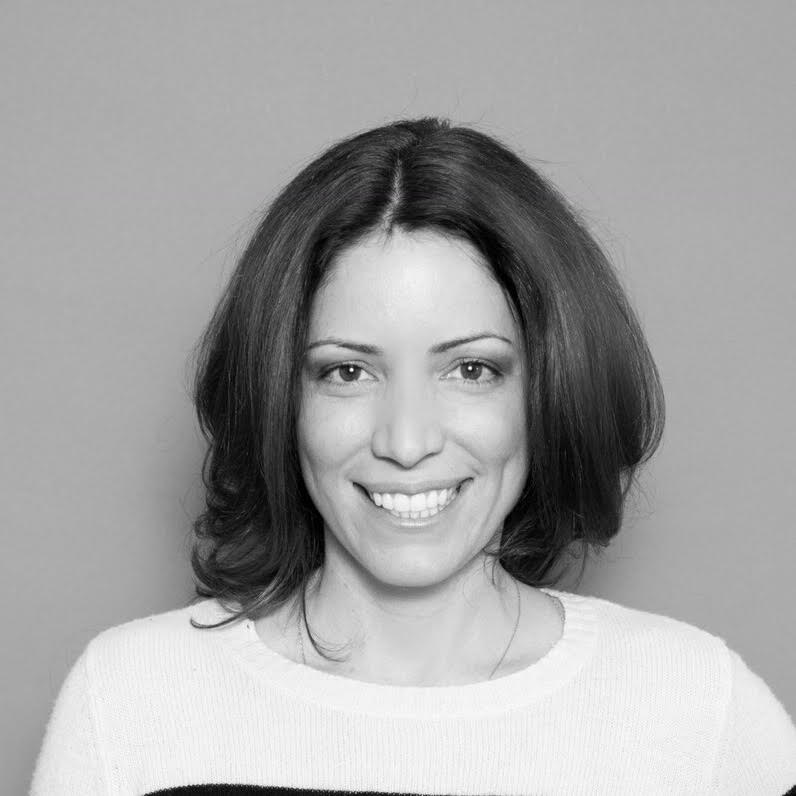 Marissa Campise is the founder of Rucker Park, a venture firm focused on early stage and opportunistic growth stage investments. Prior to starting Rucker Park, Ms. Campise served as a founding member of SoftBank Group’s global investing team in Silicon Valley and as a Partner with the predecessor SoftBank Capital in New York where she co-led early-stage investing.

Ms. Campise holds a B.A. in History with honors distinction from Yale University. 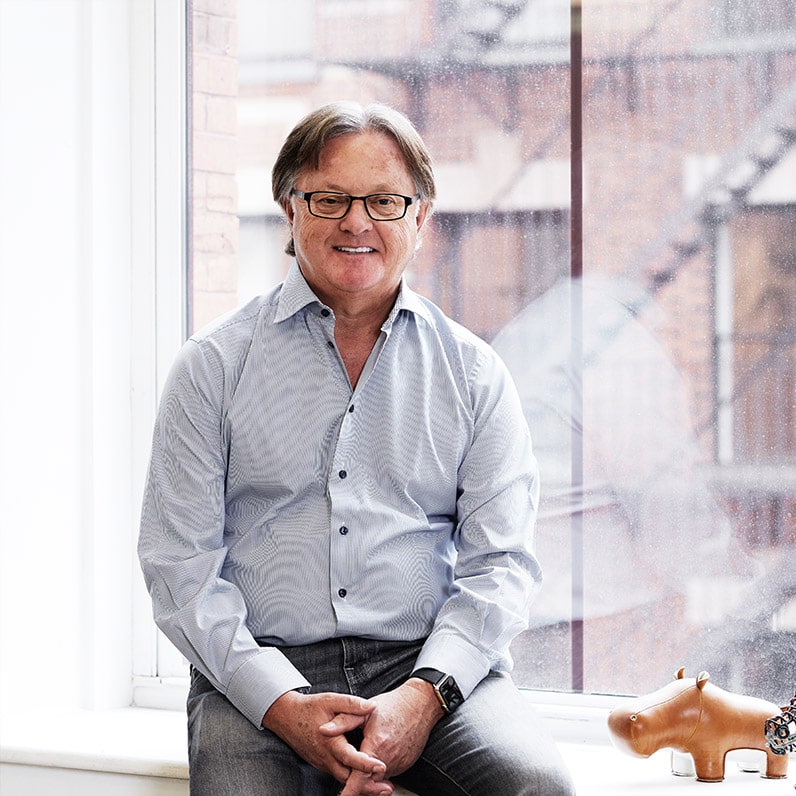 Eric Hippeau is a Managing Partner at Lerer Hippeau, the most active early stage venture capital firm in New York. Previously, Eric was the CEO of The Huffington Post, in which he had invested as a Managing Partner at Softbank Capital. Eric has also served as Chairman and CEO of Ziff-Davis, former top publisher of computer magazines. Eric sits on the board of BuzzFeed, a portfolio company, and Marriott International. He was educated at the Sorbonne University in Paris. 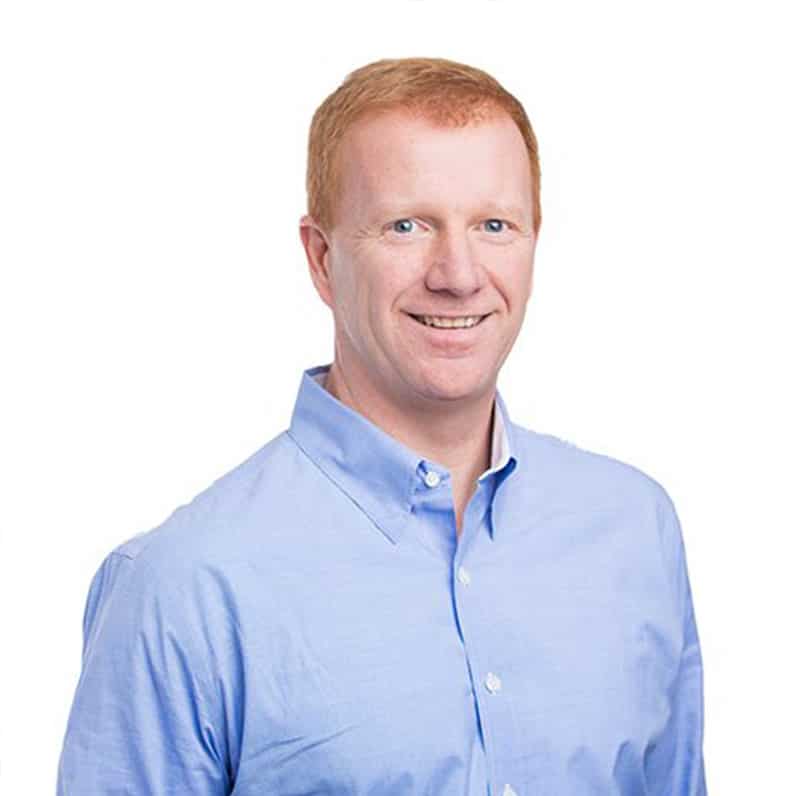 Steve Murray is a Managing Partner of Revolution Growth.  Prior to Revolution, Steve was a partner with SoftBank Capital for over 20 years working with Yahoo, Etrade, GeoCities, GSI Commerce, Alibaba, Fitbit, Kabbage and others.  Steve has served on the Boards of Directors of numerous public and private companies, and currently serves on the boards of BigCommerce, DraftKings and others.  He graduated from Boston College. 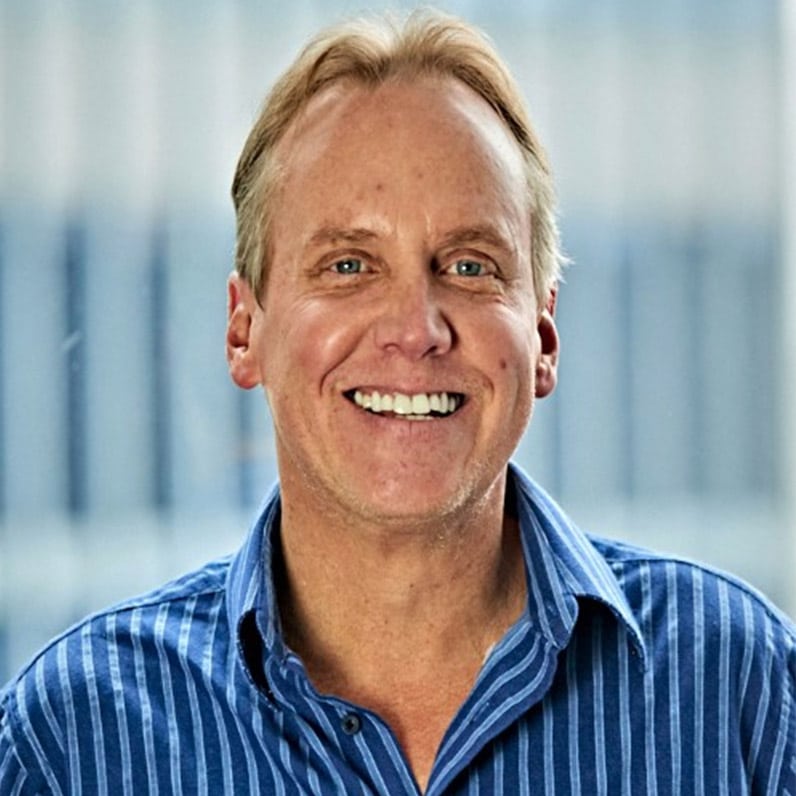 Jim is a co-founder and partner at RRE Ventures, and a longtime advocate for the technology community in New York.

Over the last thirty years Jim has invested in nearly sixty companies, and served on the boards of more than forty.  His core investment focus is on businesses transforming industries by leveraging network effects, intelligence, and decentralization—including early bets on new technologies in mobile payments and blockchains.

Jim is  a Co-Founder and a Director of Abra, and a Director of Camp, HYPR, Netsertive, Noom, OLO, Securrency and TheSkimm. Jim is a Board Observer at Bitpay and the Digital Currency Group (DCG). In addition, he led early investments in 21e6, Bitnomial, itBit/Paxos, NihaoPay and Ripple. Jim has been recognized on the Forbes Midas List as one of the top one hundred venture capitalists, as well as by Institutional Investors’ list of Top Fintech Investors.

Aside from his RRE responsibilities, Jim serves on the boards of the Empire State Realty Trust, the Partnership Fund for New York City, and the HBS Alumni Angels of NY. He is an early supporter and Senior Advisor to the Chamber of Digital Commerce.

Jim holds an MBA from Harvard and a combined degree in Computer Science and Business Administration from Antioch College.  He’s a father of four, an inventor, and a dog person. 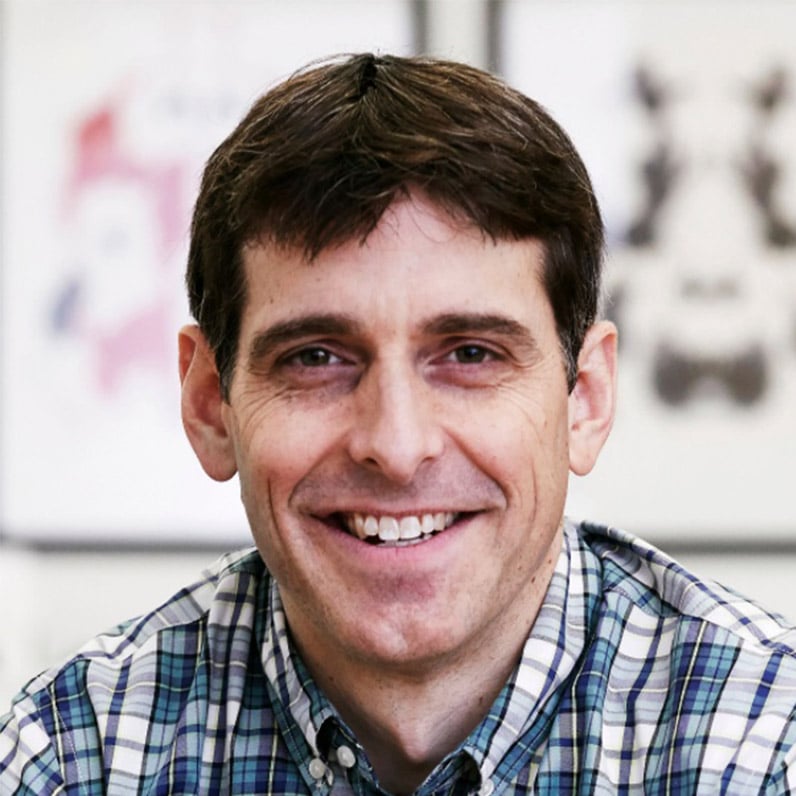 Joe Medved is Partner of SB Capital and BN Capital at Lerer Hippeau. Previously, he worked as a partner at SoftBank, where he spent a decade making early-stage digital media investments. Before joining SoftBank, Joe was an investor at Constellation Ventures and worked as an investment banker with JP Morgan’s Tech, Media, and Telecom group. He studied finance at Boston College and the London School of Economics. 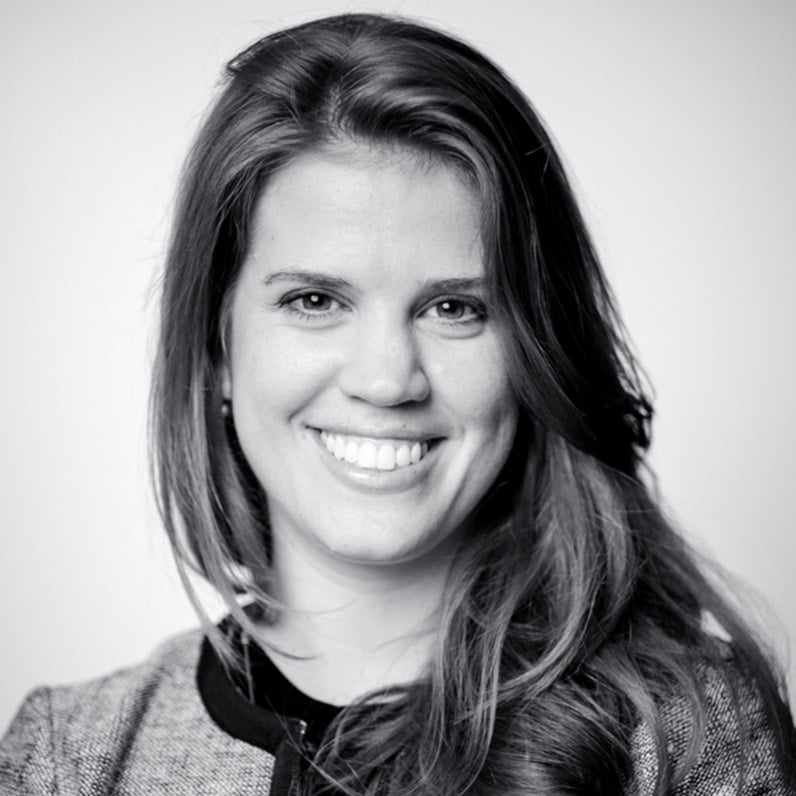 Heather Hartnett is a General Partner and CEO of Human Ventures. She has been recognized for creating one of New York’s premiere startup studios and for the unique approach and fresh perspective she brings to early stage investing and spotting talent.

Since launching under Heather’s leadership, Human Ventures has invested in and co-built more than 40 companies, with key investments including Reserve (acquired), TheSkimm, Current, Tiny Organics and Paloma Health.

Heather is an active leader in the technology community, serving on the leadership council for Tech:NYC and a founding member of Transact — a global membership group of women GPs. She’s also a member of the Kauffman Fellowship executive education program in venture capital and innovation leadership. 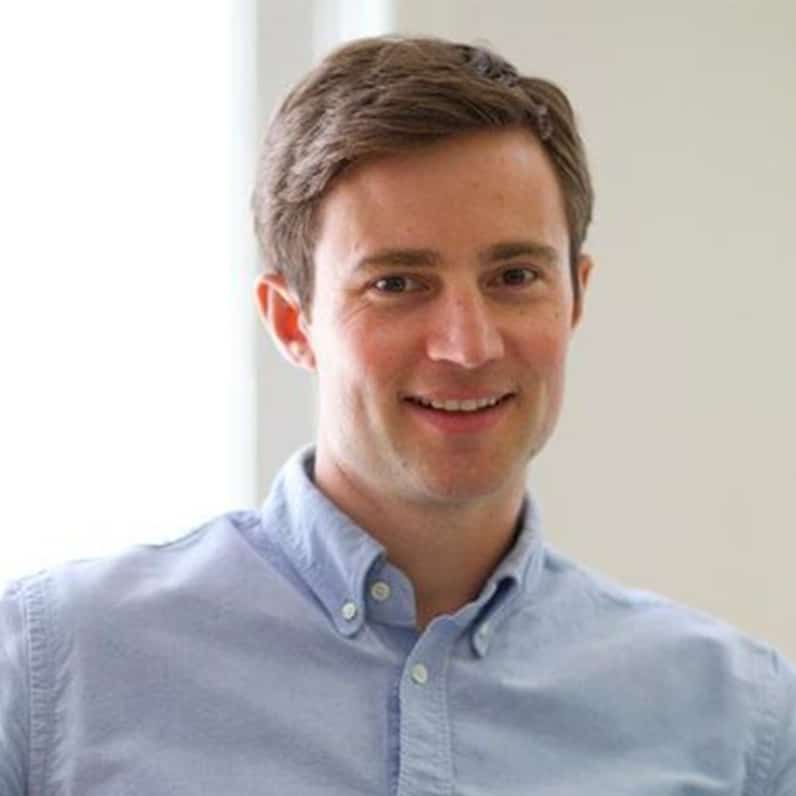 Taylor Greene is a General Partner at Collaborative Fund. Prior to Collaborative, Taylor was a Partner at Lerer Hippeau, a New York focused early-stage venture capital fund. Previously, Taylor served as an operator, advisor and angel investor to several seed-stage startups. Taylor has also held operating and finance roles at Time Warner and at The Synapse Group, an integrated marketing firm acquired by Time Warner in 2005. Taylor received his BA from Wesleyan University and his MBA from Columbia Business School.